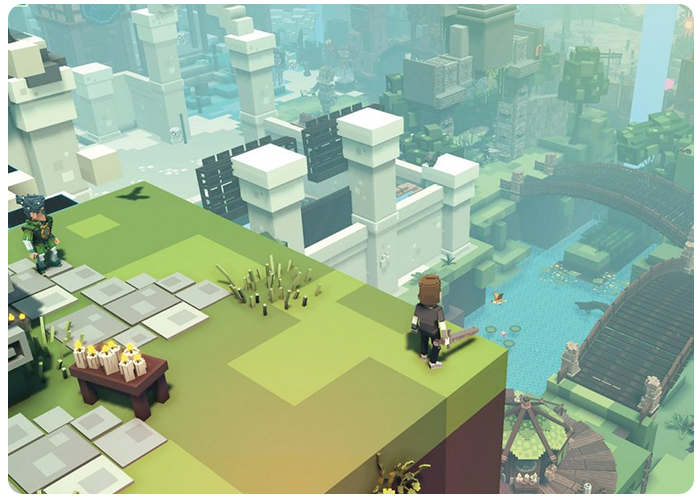 Hey, gamer! You don’t know it yet… but you’ve been using NFTs forever!

The last few weeks have been wild on the video gaming front. And the buzz was mostly
negative and directed at NFTs.

On Dec. 7, Ubisoft launched Quartz, a platform for NFTs that allows Ghost Recon players to buy and sell certain equipment. The gaming community didn’t take it well, forcing Yves Guillemot, Ubisoft Entertainment SA’s chief executive officer, to hold a sudden meeting with staff to address their concerns. According to Bloomberg, internal documentation showed that in just a few days, customer sentiment about the beloved Tom Clancy game flipped from positive to negative.

Ubisoft was not the only publisher to deal with angry gamers. GSC Game World, the ones behind S.T.A.L.K.E.R 2: Heart of Chernobyl, had to backtrack after announcing their plan to introduce NFTs. Their fan community criticized the decision heavily and the outcry worked: 20 minutes after their first announcement, GSC reversed course and made the decision to cancel anything NFT-related in S.T.A.L.K.E.R 2

WHY THE HATE?
This isn’t the first time that gamers have been outraged. Remember micro-transactions? DLC content? The death of the campaign mode? Online subscriptions? Skins? Loot boxes? Premium & ultimate editions? And every other example that once became the temporary symbol of corporate greed?

Is the current hate for NFTs just a phase, or is it deeper than that? According to a story in Bloomberg, the backlash is multi-factored. From environmental concerns to… the erosion of trust.

EROSION OF TRUST
According to the story, gamers are angrier about NFTs than they have been about anything else because “when games start asking for more money, it chips away at that trust by raising questions about the fundamental nature of a game’s design”.

Alright, but… games have been asking for more money since… since… FOREVER!

The difficulty level of arcade games increased because publishers were looking for a way to get us to put more quarters in their machines. The math was very easy back then: the harder the game is, the more you play. The more you play, the more you pay. Math has not gotten more complicated now. The last decade is proof that publishers are trying- and succeeding- at doing the same thing. Digital boosters and loot boxes are today’s quarters!

So, what else? Gamers hate NFTs because in the games where NFTs are used ‘economy comes first; enjoyment and artistic value are often secondary’. This means that there’s a concern that players are more focused on selling and buying NFTs than actually playing the game.

A few years back, the same critique was used when EA introduced Ultimate Team. It was argued that grinding for hours and buying packs would change the nature of the relationship between a gamer and a game. We all know what happened.

Ok, let me write a very bold statement. The gamers will eventually endorse in-game NFTs. Why? Because we are at the dawn of a new gaming revolution… and because they have been using NFTs for a while- without reaping the benefits.

THE PLAY-TO-EARN REVOLUTION
There are 2.7 billion gamers in the world. That number is expected to surpass 3 billion within the next 3 years. The global gaming market reached a value of US $167.9 billion in 2020. It should reach an estimated value of US $287.1 billion by 2026.

The last decade of gaming has changed from pay-to-play to free-to-play. The future is play-to-earn: games where the player collects in-game rewards.

The play-to-earn revolution has already started. Since 2020, play-to-earn games have become a way to attain financial freedom through a substantial supplemental income… and has generated a fully diluted valuation of over $1.8 billion USD.

Play-to-earn has grown from both the success and the limitations of the Massively Multiplayer Online (MMO) model.

MMO has not only changed the way we play and socialize but has also created a new economy through the business of selling and buying digital goods (Gold Farming). But several restrictions put in place by game publishers trying to control their in-game economics have limited the growth of Gold Farming.

Even worse, through restrictive Terms of Service (ToS) prohibiting exchanges, players have found out that they don’t actually own anything they buy.

NFTs
This is exactly where NFTs play a key role. Through smart contracts on the blockchain, non-fungible tokens can be used to prove digital ownership. Then, players can FREELY trade, sell and buy digital goods, all without fearing to be banned by a game publisher for not respecting their ToS.

Think about how great that is: for the first time in video-game history, a player has FULL ownership of their digital goods.

That’s a game changer. I’m not saying that because wallstreetbets.com is about to launch Wally’s NFT, the coolest character in the metaverse, but because it’s true. Remember when I was telling you that you’ve been using NFTs forever without knowing it and, most importantly, without reaping their benefits? Let me explain.

Buying skins and add-ons are now very common. The so-called video-game cosmetic market is generating $40 billion per year. Not for you but FROM you.

You pay for digital goods (remember, NFTs are digital goods) but then, most of the time, you can’t legally sell them.

It gets worse. Let’s go back to EA’s Ultimate Team. You play FIFA, you want the best players. So, you buy packs. A TON of packs in the hope to draw Ronaldo, Leo Messi or Mbappé. But you know what? You don’t OWN any of them. Yes, you can sell them on FIFA’s marketplace but not for real money- for coins! Even worse, you can’t use any of those cards you ‘own’ in next year’s edition. You are stuck playing the same game forever or you lose your favorite (and expensive) players. The ones your hard grind and money paid for.

Now imagine, what would happen if Ronaldo, Messi and Mbappé cards became NFTs? Their uniforms and boots, too? Suddenly, you would be able to sell them, trade them and carry them over to continue playing with them in next year’s edition.

NFTs are the missing link. They give ownership of digital goods to the gamers. And as soon as gamers understand that and all the benefits attached to it, they will adopt them with open arms.

Community Owned Dex designed by Apes on the Ethereum and Polygon blockchain allowing users to trade assets without platform or 3rd party interference.